How To Create Multiple Laravel Models With A Single Command

Generate multiple models at once using Powershell and the Artisan console 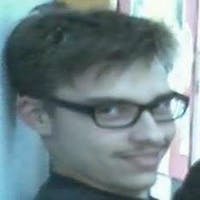 Have you ever encountered the need to create multiple artisan objects, like Eloquent models, controllers or Livewire components at one moment? When starting a new project, this is a very likely situation. Solving it by running command after command like php artisan make:model $NAME -msc over and over again isn't a particularly good idea, in my opinion, as it takes a lot of time. As far as I know, there aren't any command-line tools to remediate this problem, so I decided to make one.

The obvious solution to this is to take a OS-native shell, like Bash for Linux or Powershell for Windows (although you can use PowerShell on Linux as well), and write a script to automate the tedious task of running the aforementioned artisan commands by hand. As I was on Windows at the time of getting the idea of this script, I'm going to present the solution to the problem in Powershell. Note that it can also be easily converted to a Linux shell script and I'm surely going to do that some time in the future.

This implementation of the script contains a solution to batch Eloquent model creation with additional (optional) parameters like migrations, controllers, seeders and factories connected to the model. Let's take a look at the final script:

Note: The full version of this script is also available at my GitHub.

The snippet above is a simplified version of the script you can get in the GitHub repo linked above it.

What the script does

The script works as follows:

After these steps are complete, the script starts to generate our models with the desired names and switches. The output of the command would look like this:

In the snippet above, we're creating 3 models - Person, Article and Item. With these, we are also creating a migration and a seeder. The artisan command php artisan make:model $ITEM -ms is run by the script and we've saved some time. It's a win-win situation.

This has been just a quick article about a script I've made a couple of days back, just to show you how easy it can be to batch generate a bunch of Eloquent models. Of course, this script can be taken a bit further, maybe with better exception handling or by expanding it beyond just generating models. If you'd like to expand upon this basis, feel free to fork the aforementioned repo and submit a pull request.